Cyber crimes are not just limited to softwares installed on your computer or your smartphone, In this article we will explain how TrueVPN Uses AI in Cybersecurity Research to improve your security. 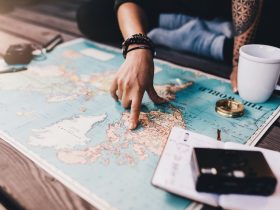 Although artificial intelligence and its subfield of machine learning have been applied in cybersecurity for some time, the speed of adoption is now accelerating. As threats evolve and IT environments get more complicated, AI-driven technology shows the potential of addressing new threats and risks that require machine speed rather than human speed.

So how TrueVPN Uses AI in Cybersecurity Research and Why?
We will talk about it in a minute, Keep reading.

Cyber criminals pose a threat to all manner of organizations and businesses, and the customers and consumers who use them. Some of the numbers involved in the largest data breaches are staggering, with personal data concerning hundreds of thousands of individuals being leaked – each one potentially a new victim of fraud and other cybercrime.

Cyber crimes are not just limited to softwares installed on your computer or your smart-phone, Take traffic cameras in development countries as example, These cameras are powered with AI-based facial recognition software, of course the operation of these kind of systems depends on syncing data between cameras, software in the cloud, and here’s the issue.

What if these cloud infrastructures got hacked? Whoops!.
Of course, These systems are secured enough against criminals, but it’s really hard for ITs to track each packet passes through the network and of course more security means less functionality, and less security means more functionality!

For example, If you reading this you been tracked and you probably don’t even know it.
You probably thinking, Who cares? i’m not important. They can watch what they wants ..etc

That is what they wants you to believe. but the truth is. What if it’s for more than just ads or sales? What if there’s much larger scheme in place? That’s carefully put together to manipulate what you see, what you hear, and believe. In other words, You’re being brain watched.

Your data is being sold is not the only problem.

It’s also being sold for other reasons, worst reasons, You’re being profiled.
Wether it be political persuasion or what the men in black suits want people of your type to be looking at. But online is .. It’s Ultimate control, Rule of our society, Censorship and manipulation.

Artificial intelligence (AI) and machine learning (ML) are playing an increasing role in cybersecurity, with security tools analyzing data from millions of cyber incidents, and using it to identify potential threats — an employee account acting strangely by clicking on phishing links, for example, or a new variant of malware or a bad behavior on a network.

Today, TrueVPN started to use an AI based algorithm to improve network security and user’s privacy, and of course the functionality of the algorithm only works on the device.

By using AI-based algorithm, we can secure our users from cyber threads, fraud, hackers and even data leaks, we will talk about how TrueVPN Uses AI in Cybersecurity Research in this article.

TrueVPN AI is powered by Skytells’s DeepBrain AI as built-in feature included with every version of TrueVPN app, With TrueVPN AI your Internet traffic will be even more secure: A neural network based on the device continuously analyzes current Internet routing. Based on this our algorithm determines the most secure route through the Internet.

Your data is sent encrypted from one VPN server to the next. That means that the traffic outside the strongly encrypted VPN network is minimized. Additionally, since routing on the Internet is dynamic and changes regularly, TrueVPN AI automatically analyzes the current routing and determines the shortest route to the target server. Because of this, it is also not easily possible to predict which routes your traffic is using.

TrueVPN App is available for the following platforms

AI is very useful in cybersecurity, If you looking for a VPN with high-end encryption and premium features, TrueVPN is your best choice, You must use a VPN to protect your online activity, A VPN is a big must these days specially for people who uses public WiFi networks.

Is TrueVPN Available for Windows?

Unfortunately, TrueVPN isn’t available for windows at the moment, in the meantime you can use TrueVPN’s WireGuard servers on windows.

Yes, TrueVPN is free and always will be, in addition to that, TrueVPN includes a premium subscriptions starts from $1.99.

Yet, TrueVPN ranked the fastest VPN provider in the world.

You can download TrueVPN on your iOS, iPadOS, macOS device from Apple’s AppStore. 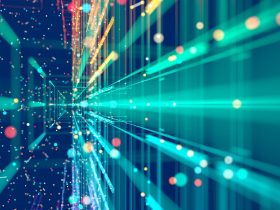 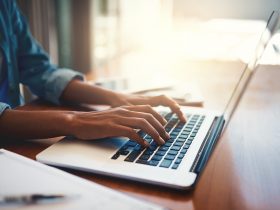 What is VPN Blocking And How to Bypass it! 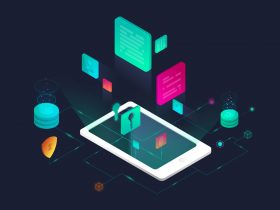 What is Deep Packet Inspection?